Be well Be Happy 💞

It all started by a beautiful day, the sky was so clear and everything looked shiny. On the 1st of January 2018, I came back to my hometown to enjoy short holiday with my family. After couple of days, after the holidays was over, I ride back 🏍 to Ho Chi Minh city where I lived and working. I felt a bit sick as I got some temperature. It was raining, I thought it wasn't that hard so I decided to continue without taking a rain coat. In the next following days, the real deal kick-offed.

At first, there was few bubble things appeared on my skin under my arm and leg. I thought it's just some stuff I got from skin allergy disease I got since I got back to Vietnam (I was allergic to the... air as it's quite polluted here. As suggestion from Dermatologists, the only way is not living here... the sadness). I took out the medical cream I got from doctor's prescription and used as usual. Normally, it should take only couple of days and the effect would be very obvious. Unfortunately, this time it was not. Everything went from bad to worse and worse and worst until the moment that I could not get out of my bed. I called up my friends asking about the symptom that I was having to them. Sadly, they all concluded that I was in effect of chickenpox. I quickly made a call to FV hospital (one of the best hospital in Viet Nam). It would take few days until I could make an appointment since there were too many patient in queue. Next up, I made another call to one of the most skin care doctor in Vietnam for private check-up at her place instead of going to hospital. Again, it did not work this time as she traveled abroad. I had to go back to my room and bought couple of meds on the way back for chickenpox. It was okay at first, there was a few of them on my body. And then, it skyrocketed to few hundreds after one night. I was freaked out and feel itchy everywhere on my body but I could not touch them as it would make things worse. Thankfully, the moment had come and my girlfriend came over to take care of me. It took me approximately two weeks before my body could listen to me normally. I was just laying, laying and laying on my bed and begging for the time to fly fast. Finally, after suffering for two weeks, I could go back to work.

Few days after my first day at work after sickness, I went to hospital for checking my skin and a quick check on my haemorrhoids which had always been my pain over years. This time, it was hurting as much as I remember that I could not sleep for several nights. And I decided to undergo a serious surgery. I was advised by doctor to schedule a surgery near Lunar New Year as I could have a one week break so that my family could take care of me. And I did, I was taking blood sample to pre-check my condition before the surgery as my immune system was damaged heavily by recent chickenpox. As I passed, I was scheduled to be at the hospital for 3 days and 2 nights. My haemorrhoid was at level 3 which luckily could be done by Longo technique which has been well known for its effectiveness and less pain afterward for a patient. I did research and reading a lot before going through it. And what will be will be, I was on-boarding FV hospital and ready for the surgery. It was not that simple as I thought I would be made unconscious by nurses and awake when everything done. I was injected one tube of med through my butt to stimulate my bower movement. After seconds of taking it, my stomach went upside down and the nurse asked me to hold it until 15 minutes. I could bear only for 5 minutes until everything came out. I was drained out of food and ready for the surgery. And now it became even more freaking as I changed my clothe for the surgery. They put me into one bed with four wheels underneath and moved me to surgery area. I was injected couple of meds into my hand. The one that put me into unconscious was the hardest one. I could not feel a thing until I woke up. Everything feels like hell for me, it was hurting everywhere especially my butt. I could barely move anything and things seem to be blurry in front of me. My girlfriend was with me for the first day, I was super glad she did as things would turn out differently without her. I could hardly eat anything as one of my hand was sticked to the medical needle. Unfortunately, I had to ask her to go back to her hometown as her mom really waiting for her to come back and the nurses can take care of me meanwhile. After that, couple of my friends visited me at the hospital. It all added up to less than four hours compared to my 2 days of pain without no one to be with. The images below are what I would tell about my situation at the hospital for those days 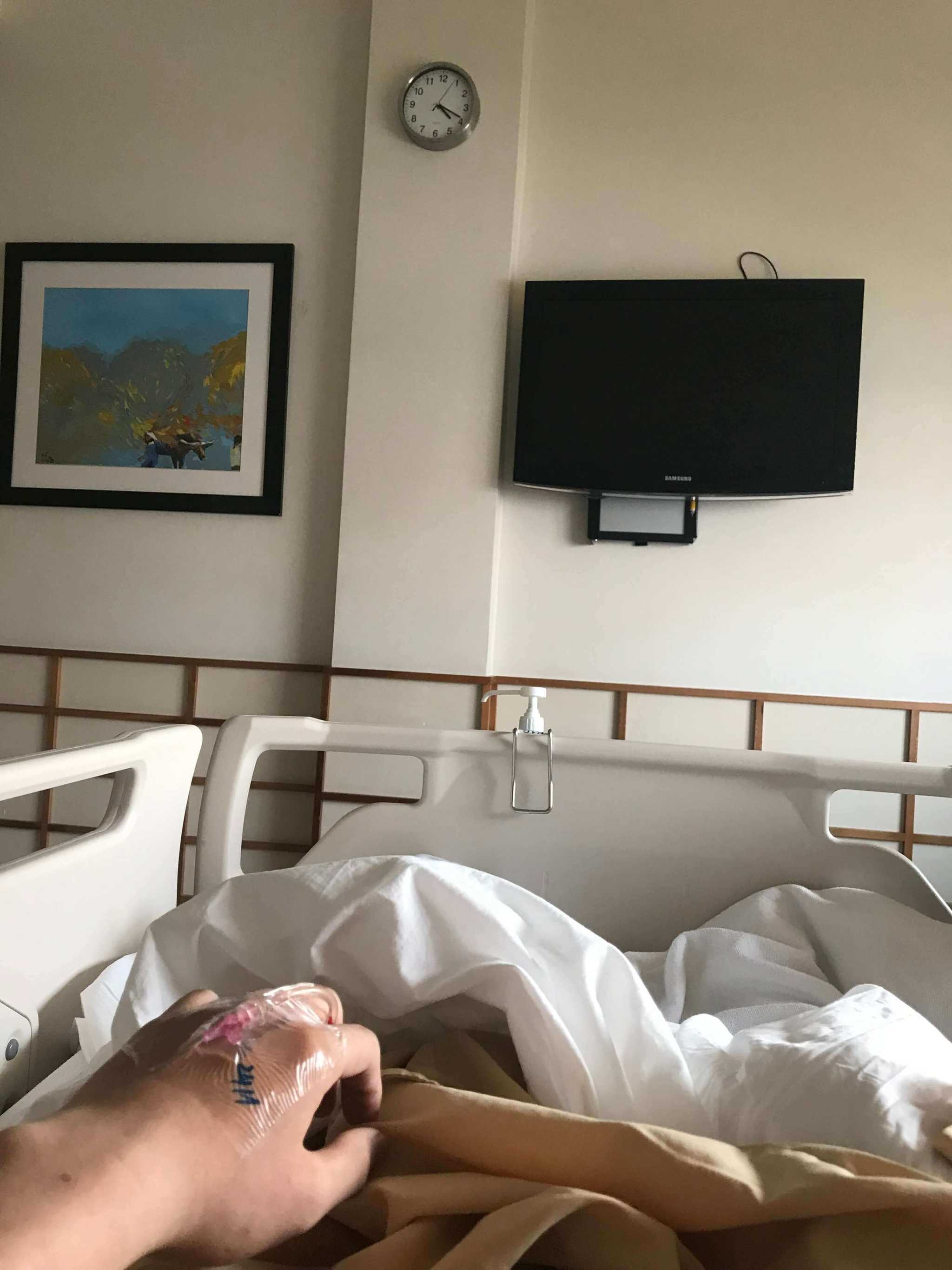 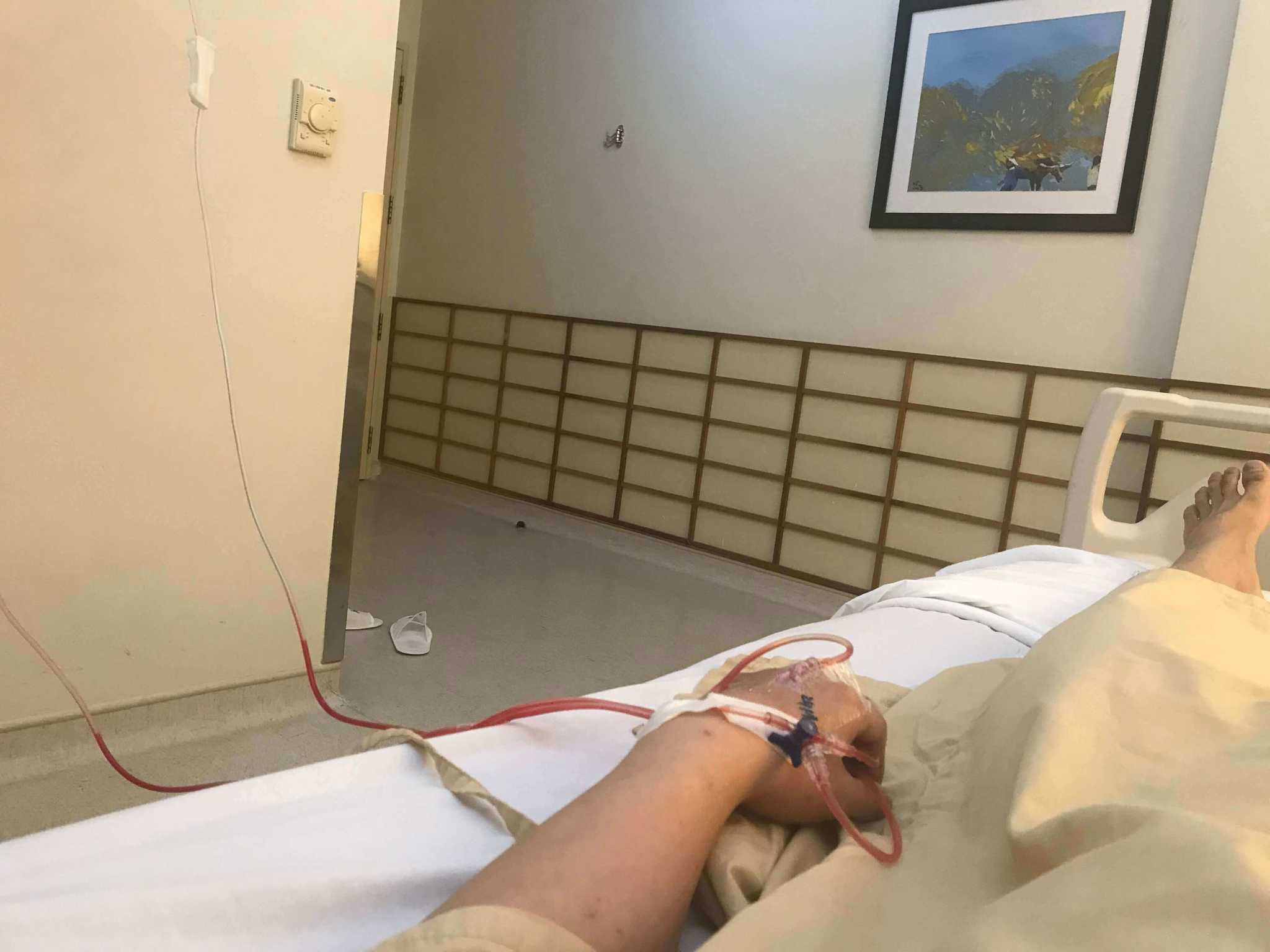 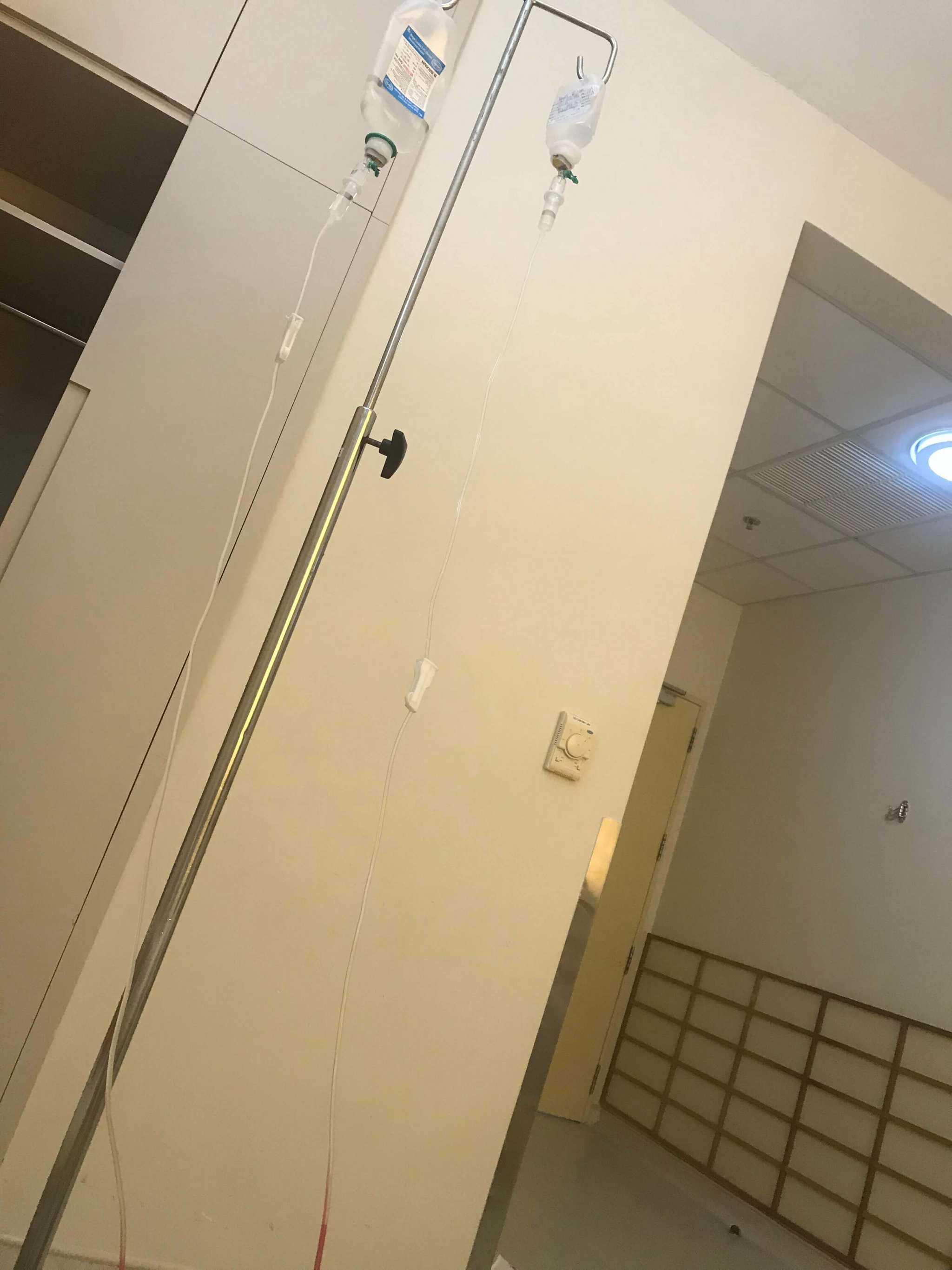 On the last day, I took pain killers as much as I need to get back to my hometown. Once, I got home, it feel awesome and nothing like home. I could see my mom, my dad, my sister and my adorable nephews. At the moment of this writing, I felt much better because I was not only physically healthier but also mentally better. No matter how much money I could earn, how many places I could go to. Nowhere could give me the feeling of joy, fulfillness and worth-of-living as being with my family. I definitely went through hell of hospital where I was in hurt, alone and have no meaning of living. I definitely not going to let that happen to my family.

We are all begun and finished with family