Let's take an example in building UI elements based on different libraries such as React, Vue and Angular. We need a thing so-called director to group the creation of UI element consistent across various area of our codebase. The Direction would take a builder as the only parameter to build a complete UI element later. The attachment below demonstrate just that: 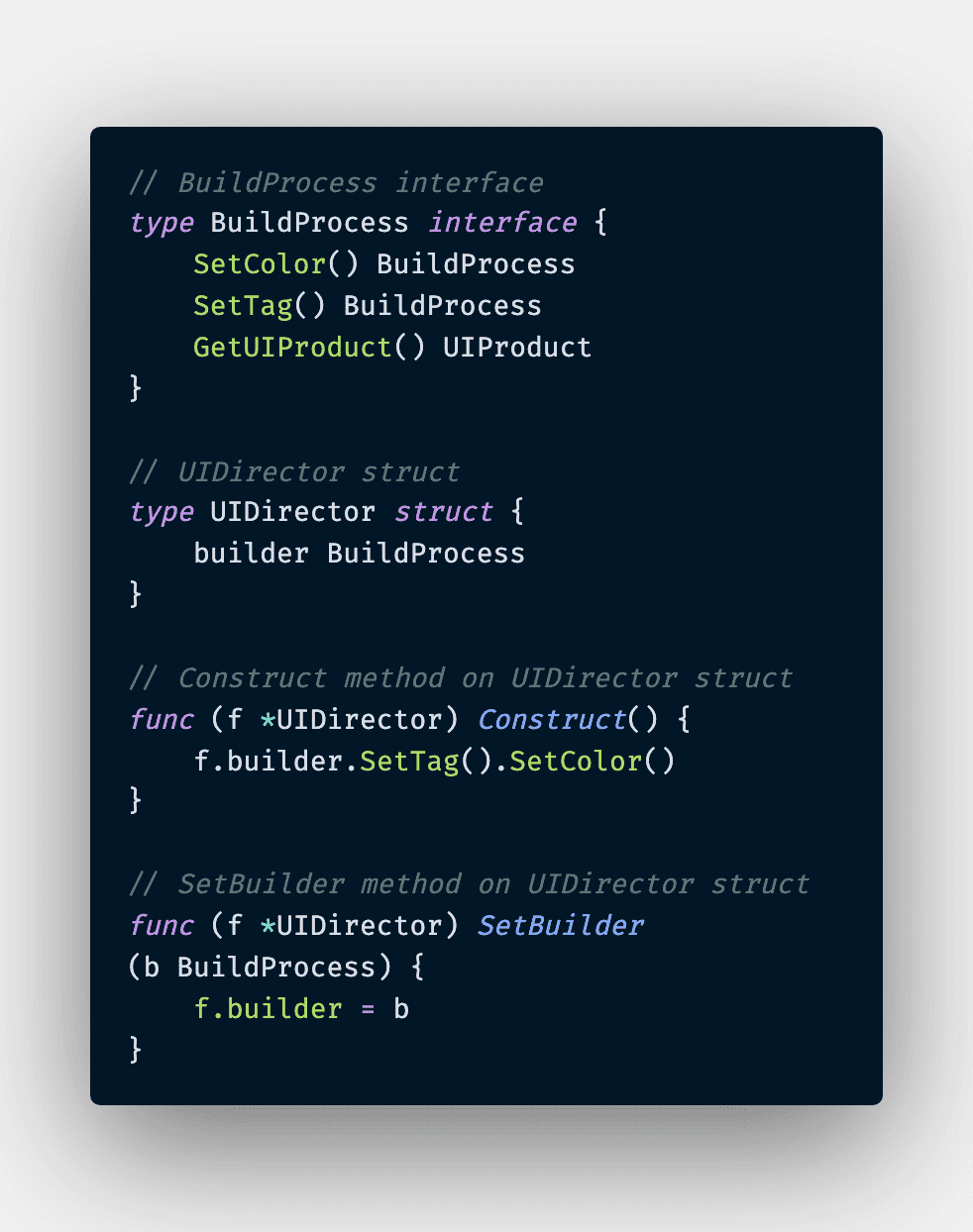 Next, we want to define an interface for our UI element which is the final result of different builders. 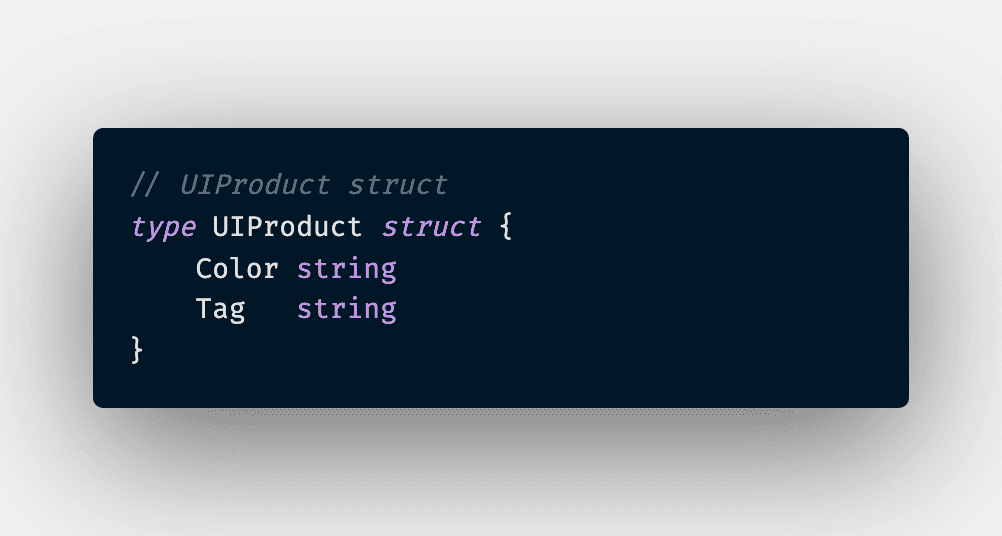 And finally, we finish the implementation with a set of different builders for our UI elements which are React, Vue and Angular builders 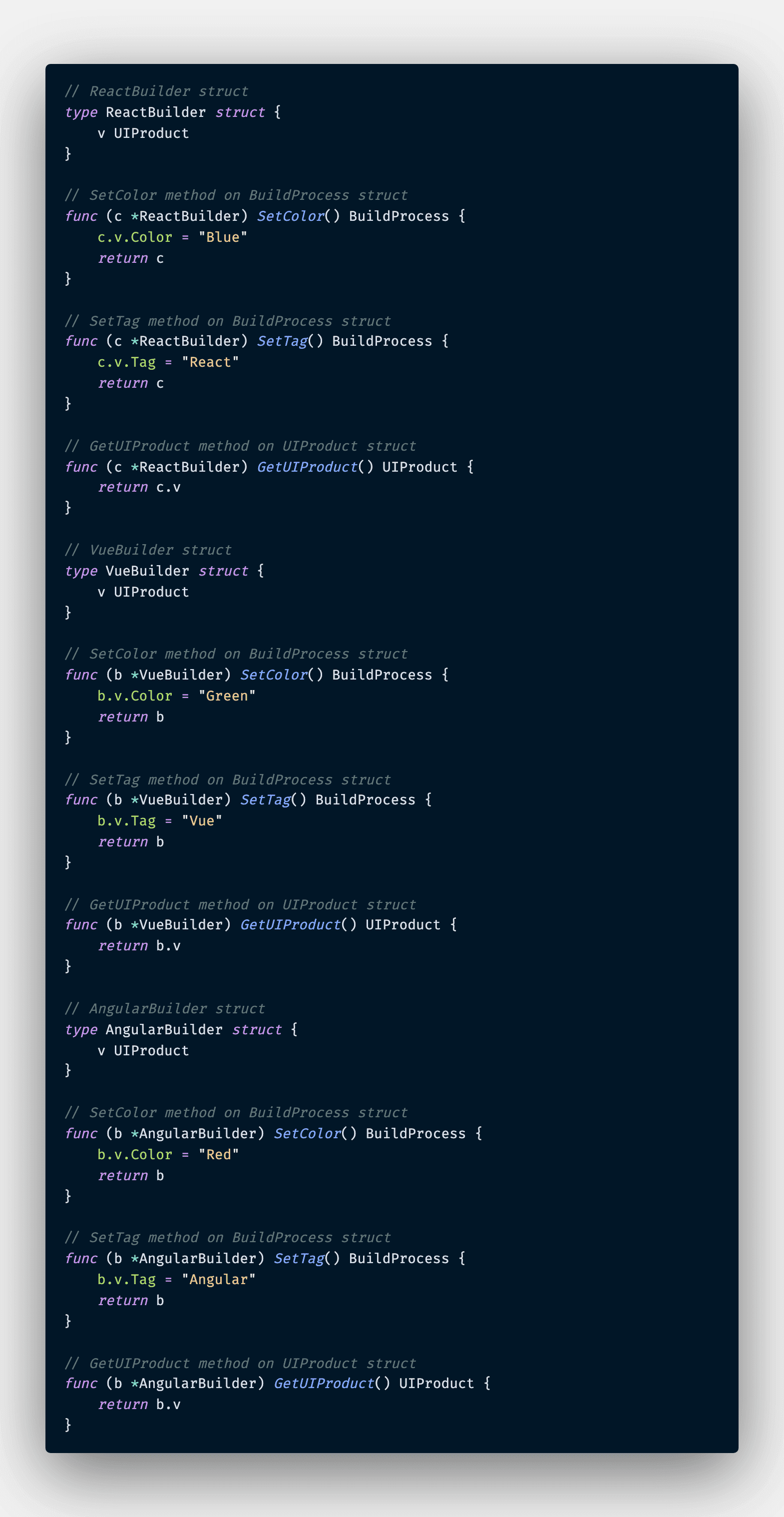 And there we goes, we have a complete implementation of Builder Pattern in Go.