Encapsulate a request as an object, thereby letting you parameterize clients with different requests, queue or log requests, and support undoable operations

Let's make up one example to illustrate the pattern above, we have a UI button that we want to customize the rendering behavior of the browser dynamically. We can do that by specify different commands attach to buttons at run time. We first want to specify the interface that has an method to be call like below

Next, we want to implement two commands Enable and Disable respectively 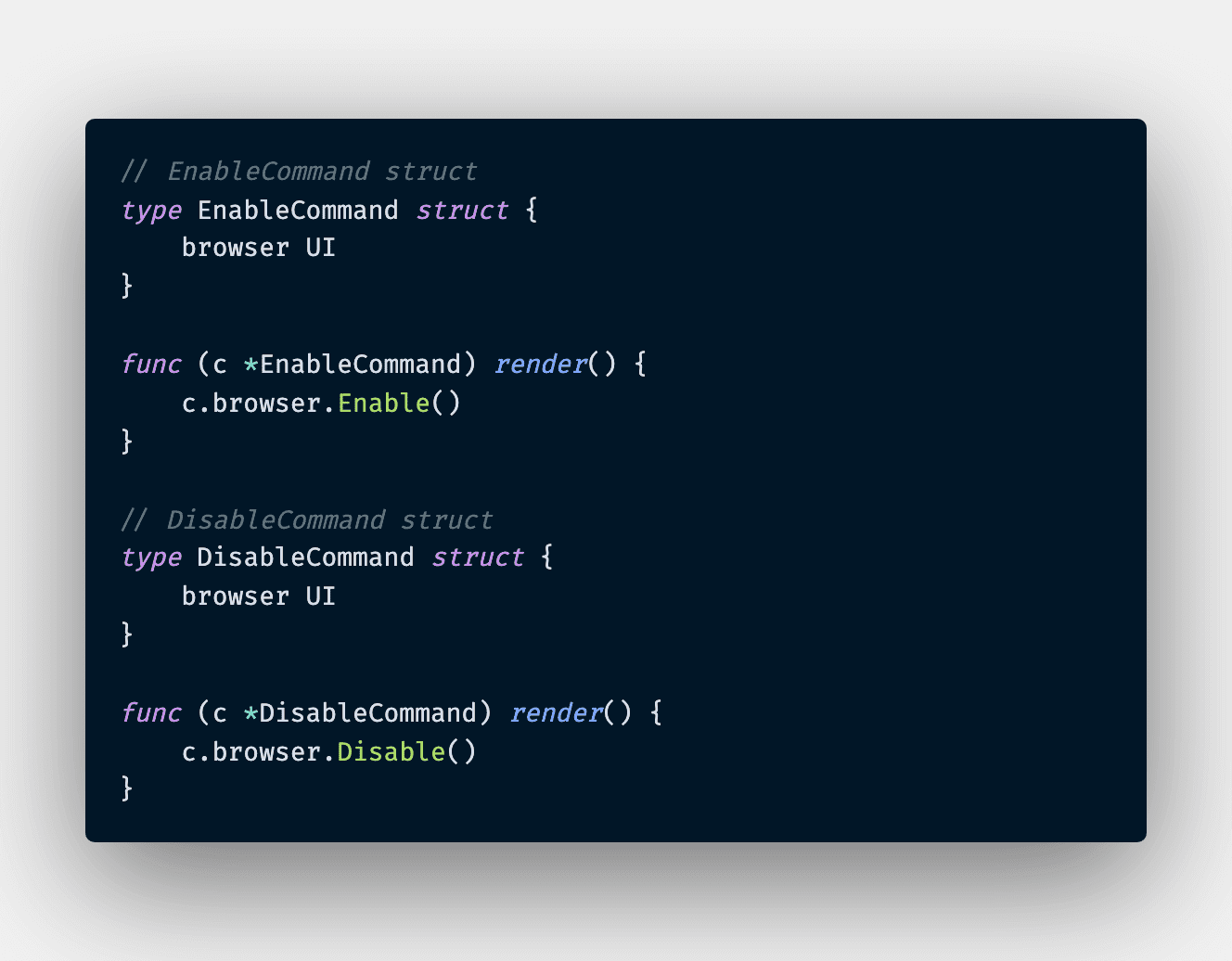 Then, the actual receiver knows how to perform action upon carrying request 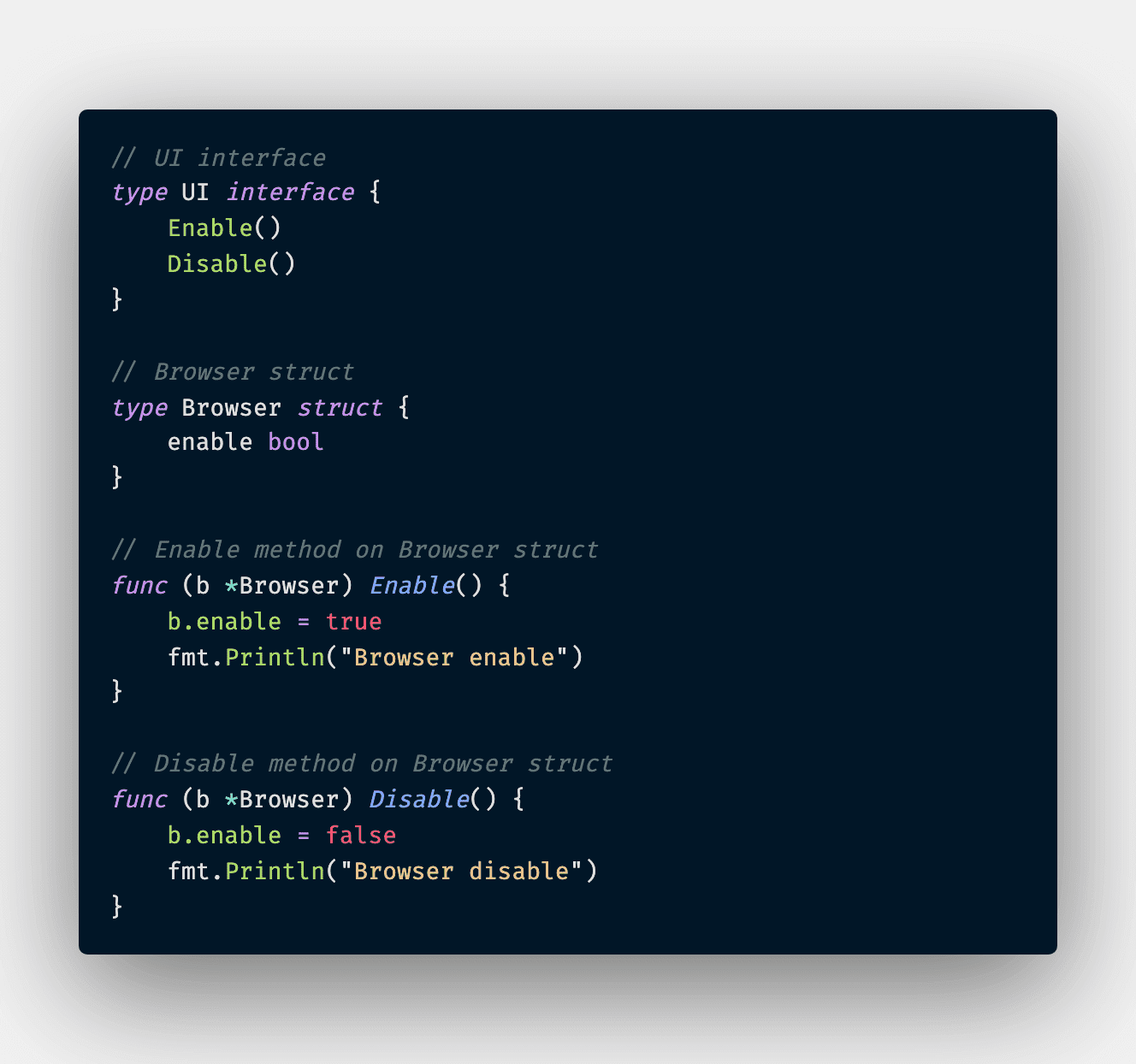 And finally, the invoker that tell the command to carry out the request object to according receiver

And there we have the Command Pattern implemented in Go. This pattern makes the code very singular and extensible by allow client code to customize its need on demand. The typical example would be how a flag can be attached different actions at run time dynamically