Provide a unified interface to a set of interfaces in a subsystem. Facade defines a higher-level interface that makes the subsystem easier to use

Let's code up a real simple application that provide a simple facade interface to talk to different subsystems underneath. First of, we would like to define three simple structs namely React, Vue and Angular like so 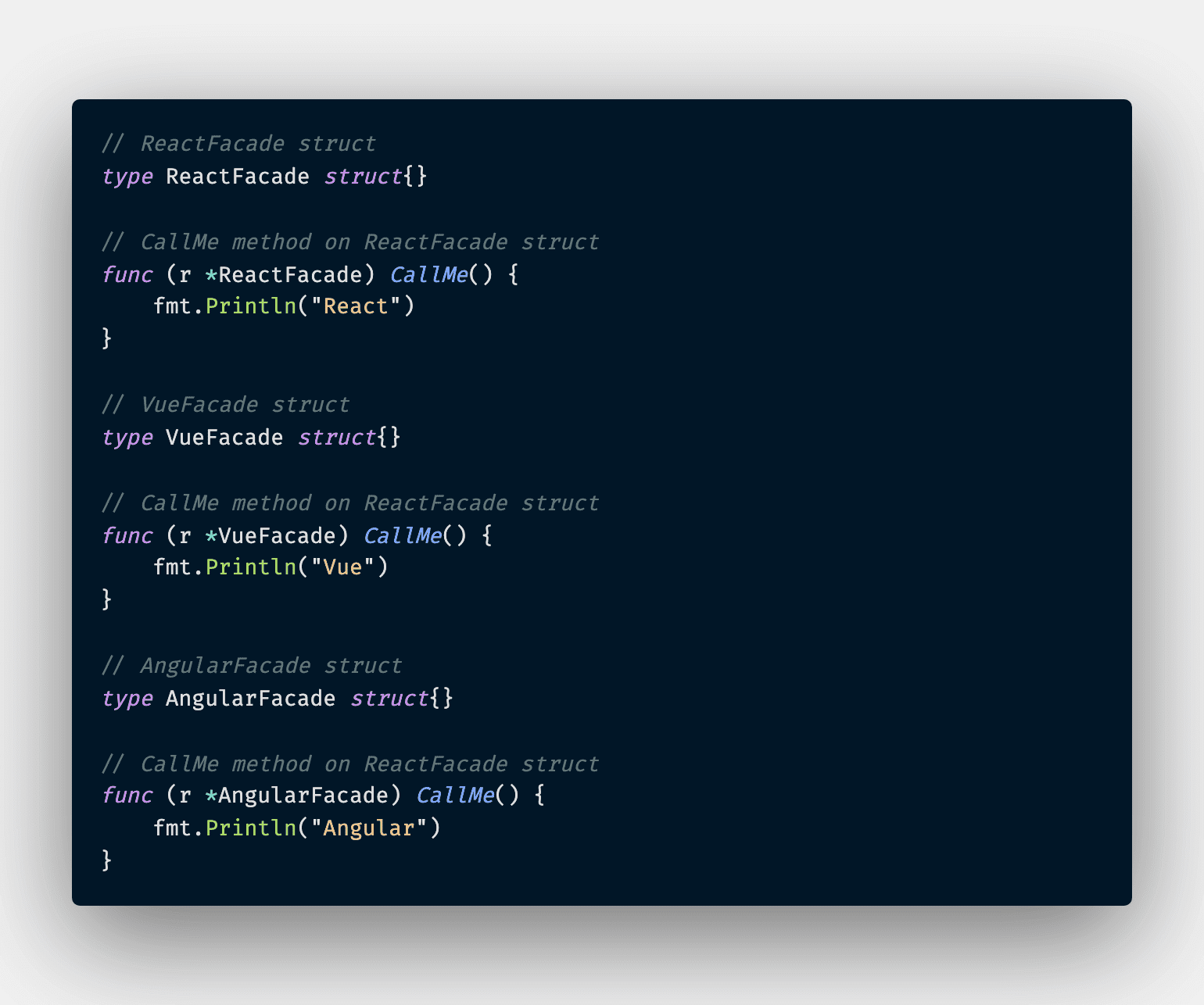 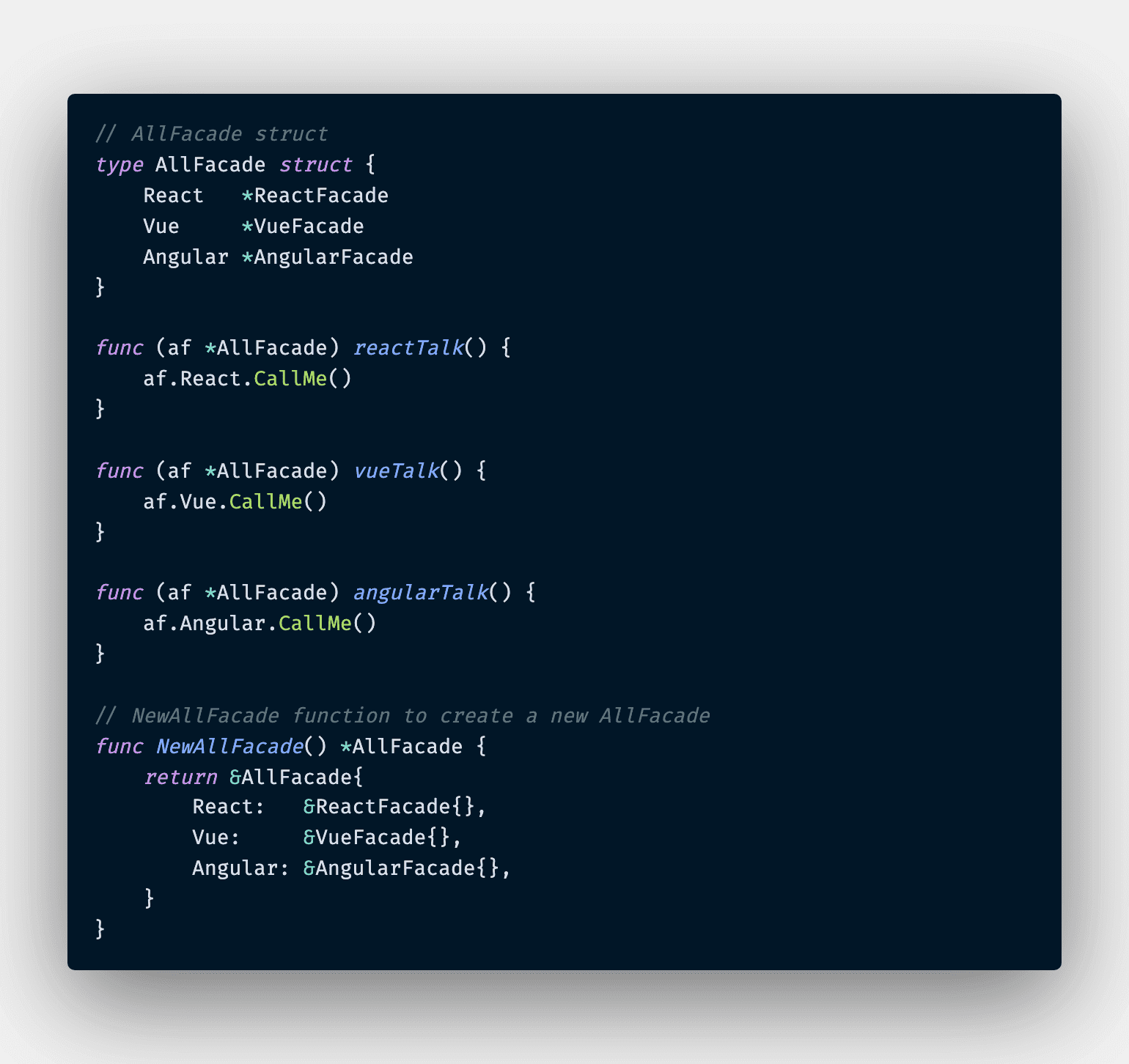 There we have it, the Facade Pattern implemented in Go. With this pattern, the client code is absolutely unaware of the complexity goes behind the scene by large amount of subsystems - similar to how any hospital hotline work. We call in receptionist and she will redirect us to the right department - just that simple