Let's code up a really simple application to demonstrate the usage of this pattern. We want to define some rules upfront to assure what kind of sentence valid. Firstly, let's define an interface Interpreter

Next up, we want to implement a Match Interpreter struct that check whether the string is match the name defined at run time 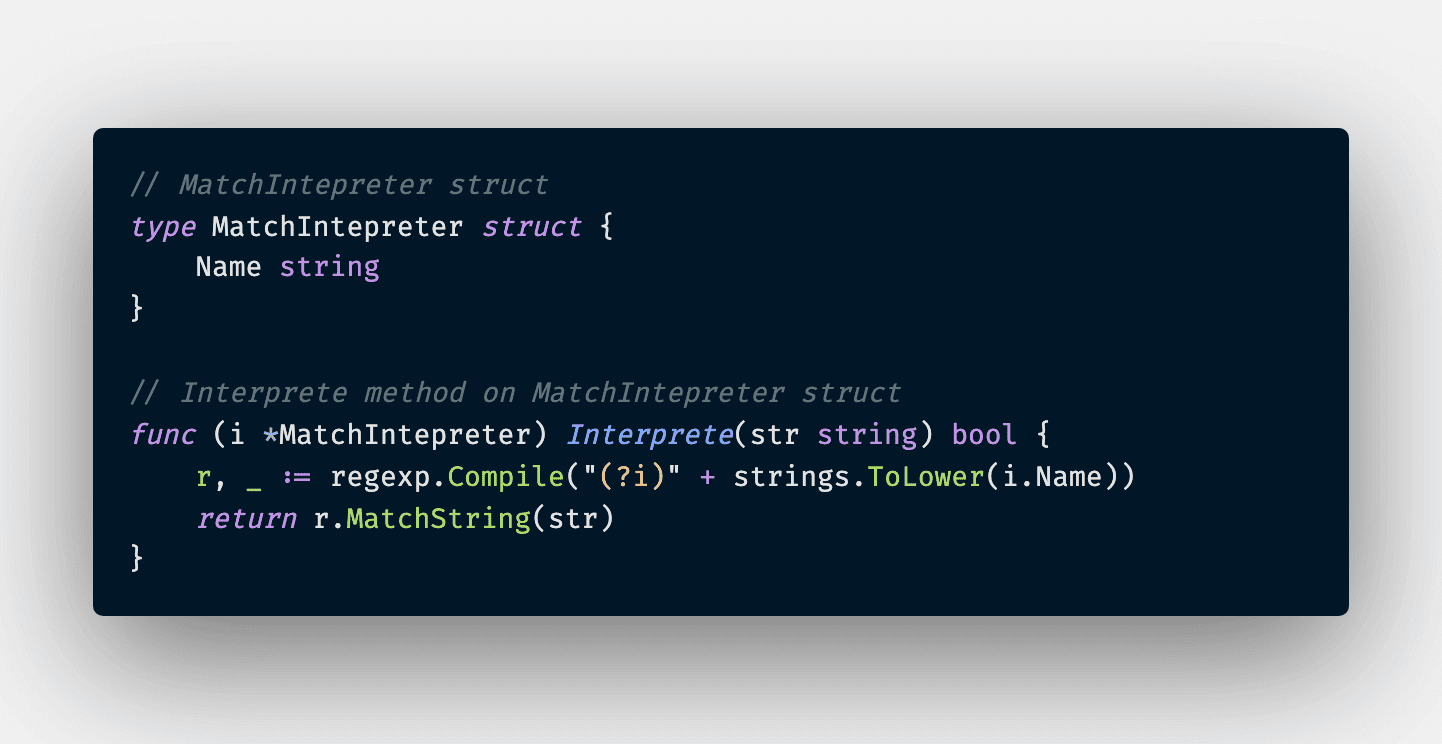 Finally, we implement a checkName function that create a match interpreter as below

And there we have it - the Interpreter Pattern implemented in Go. This pattern is the least widely used by most of software engineer as it is dealing with the language gramma and syntax, this is not most of the application in the world are (typical example would be SQL)