Define an object that encapsulates how a set of objects interact. Mediator promotes loose coupling by keeping objects from referring to each other explicitly, and it lets you vary their interaction independently

Let's code up a sample application in which it has several renderers and a mediator controls the rendering processing as there is only one renderer allowed to work at a time. First of all, the interfaces for Renderer and Mediator 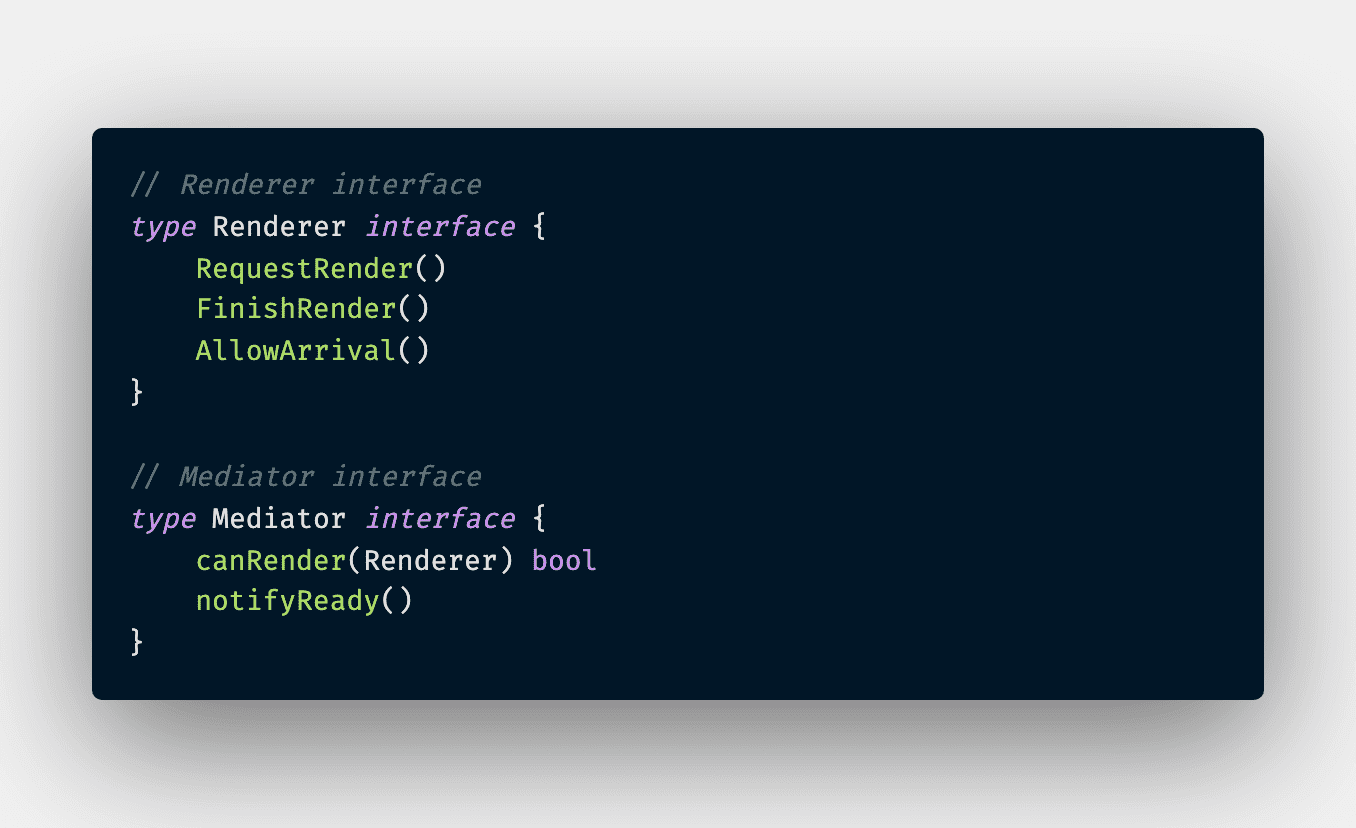 Next, we would want to implement couple of renderers like below 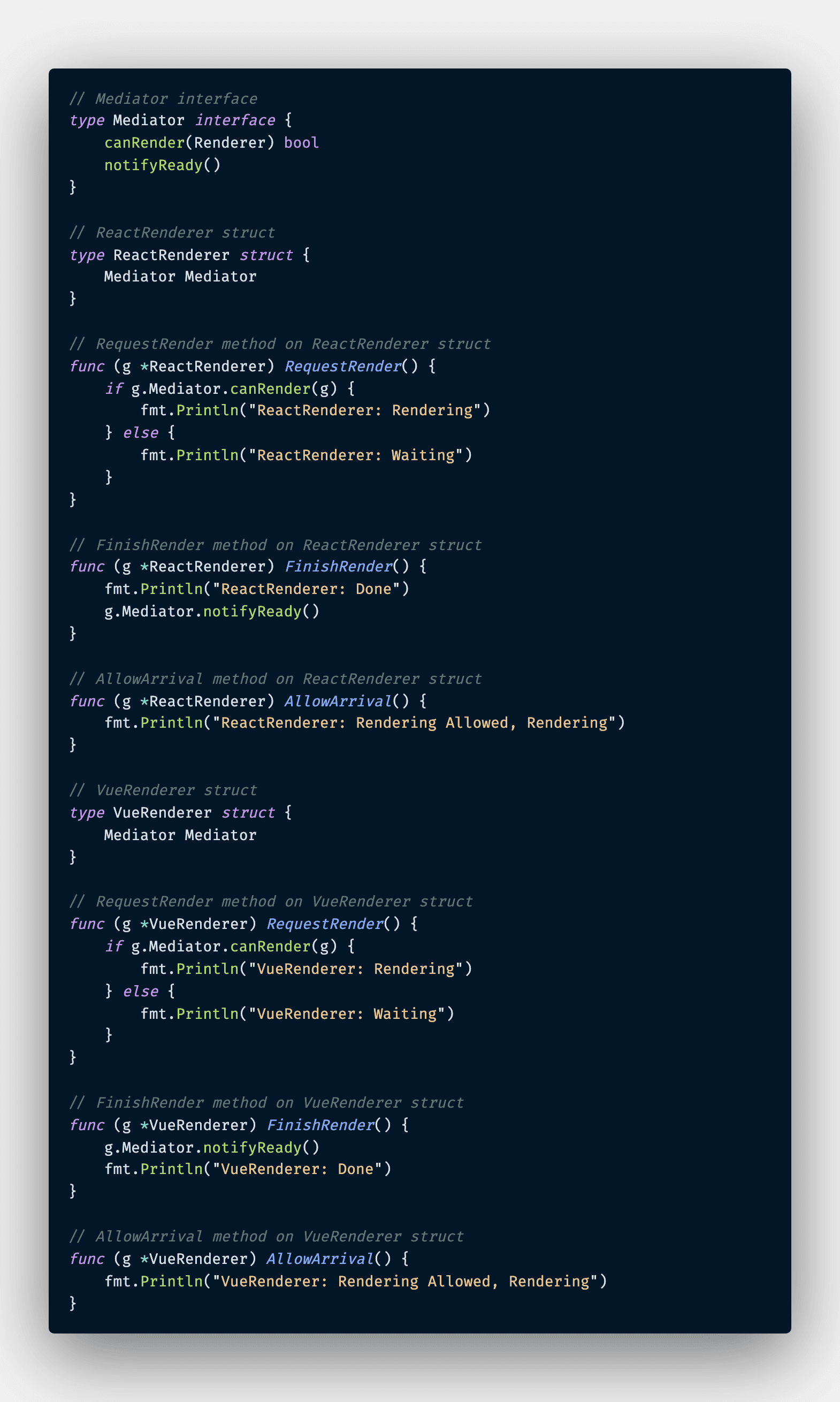 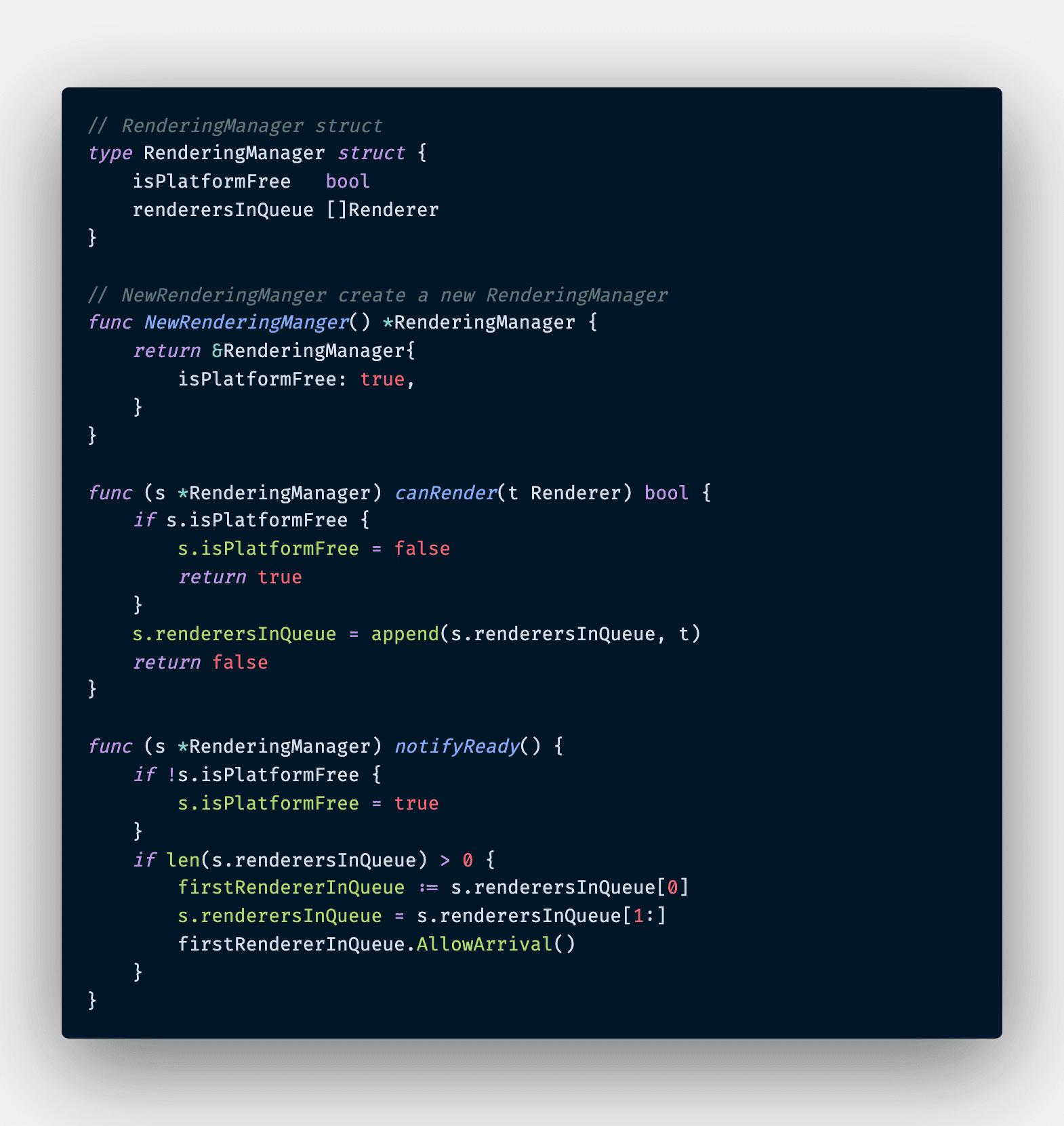 And voila, we have the implementation of Mediator Pattern in Go. This pattern helps to mitigate the couple of components when working together in a complex system. The prominent example would be forms, airport, harbor, et cetera