Without violating encapsulation, capture and externalize an object's internal state so that the object can be restored to this state later

Let's take a simple example of text area where content is modified overtime. We would like to store the change and restore its state back at any point in time. First of all, let's define a originator in the diagram as below 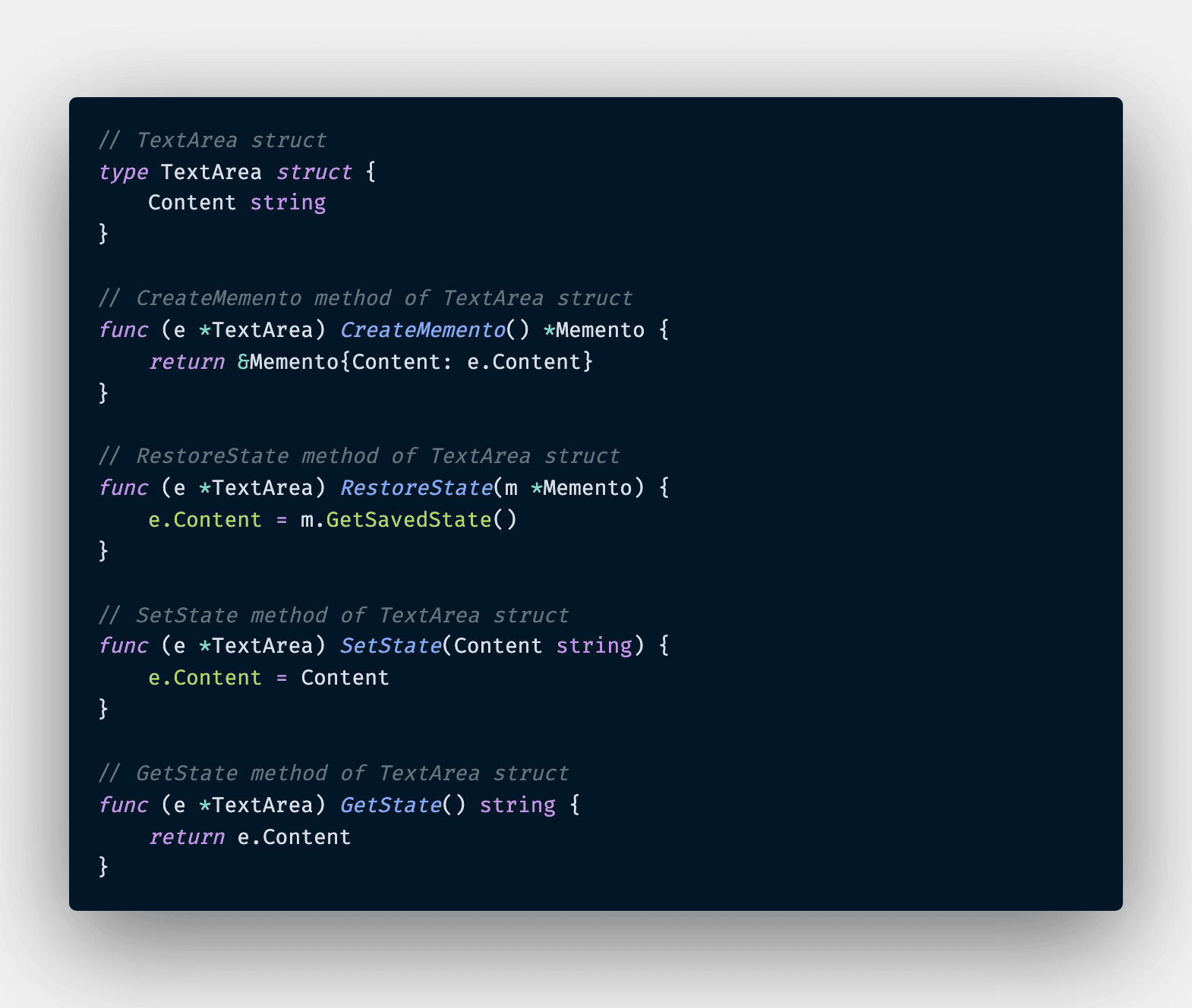 Next, we want to implement the Memento struct 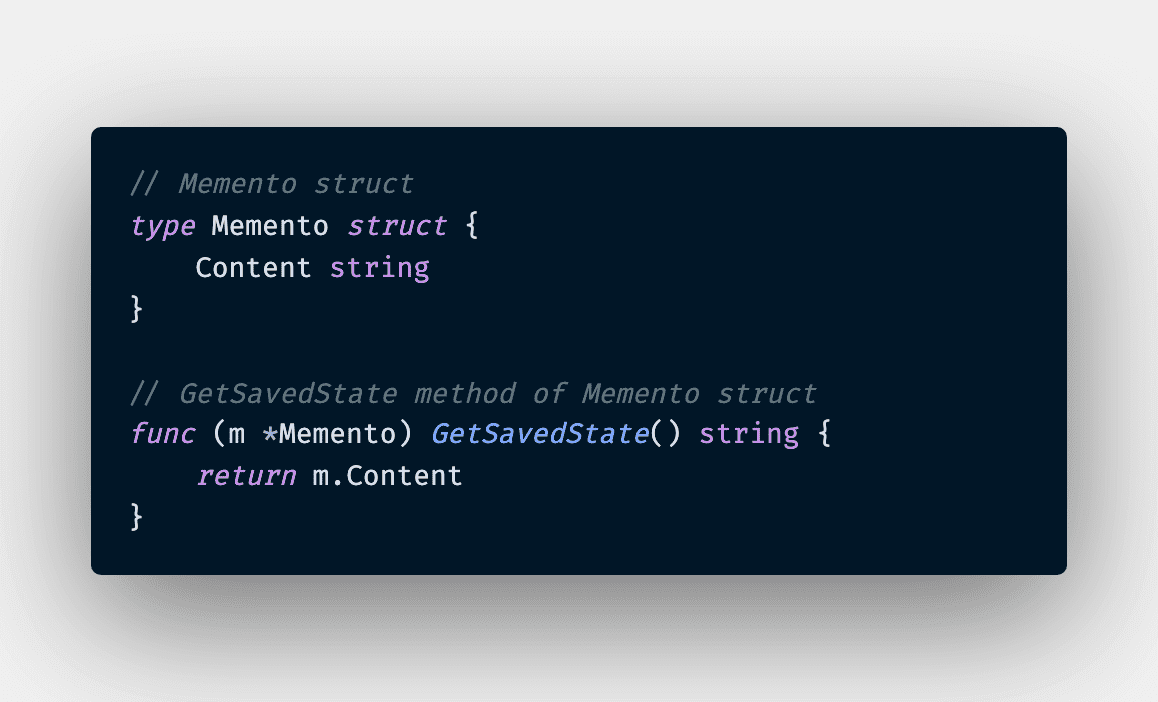 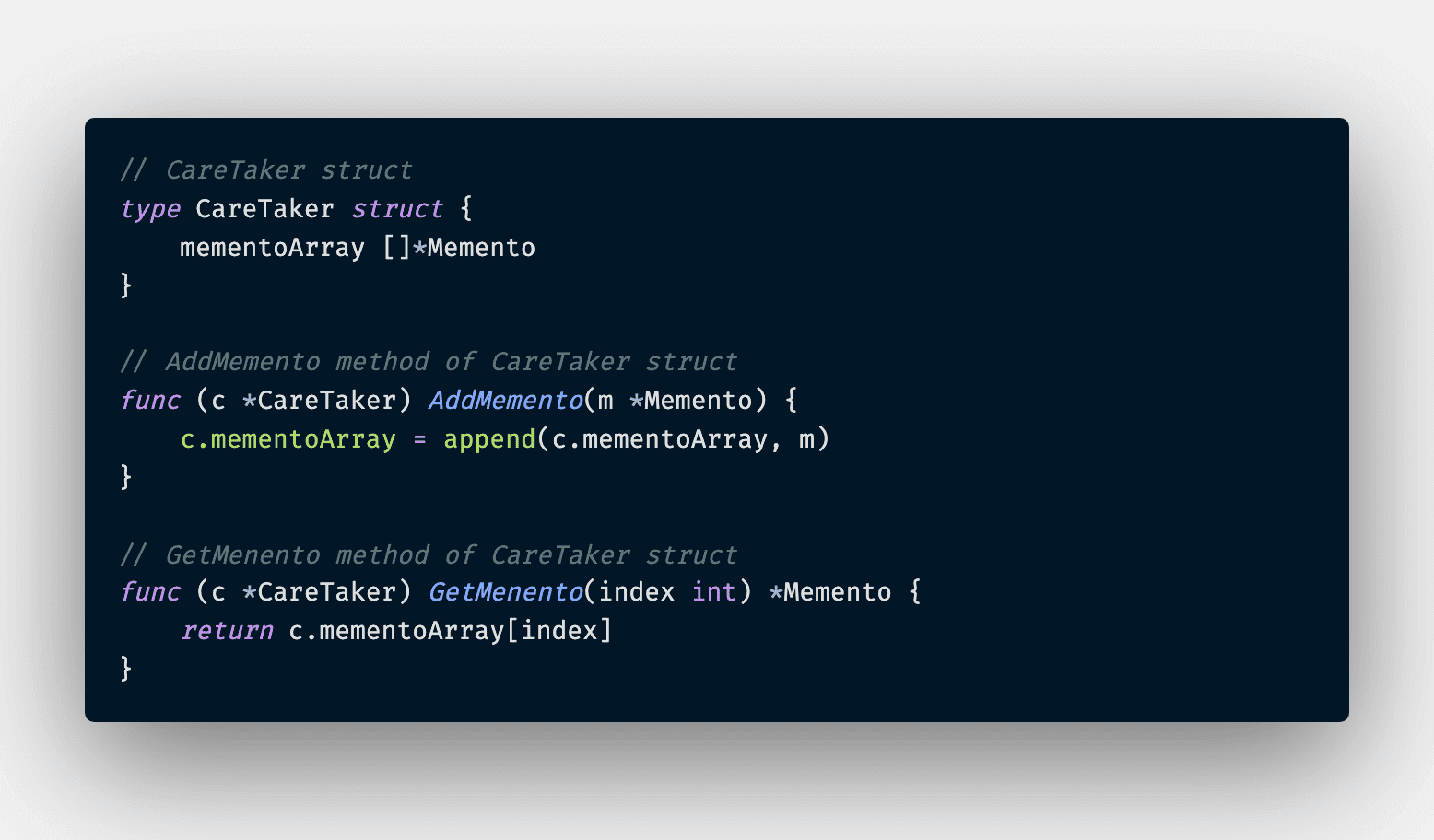 And there we have it the Memento Implementation in Golang. This pattern is mostly useful for the application that require the traverse between different modified state such as text editor, user actions, et cetera