Let's put this pattern into practice. We are going to implement a simple pizza maker application. We have a template that define a separate steps to perform action from the beginning to an end. Any cooker should implement that to be usable code. First, we need a template interface like so 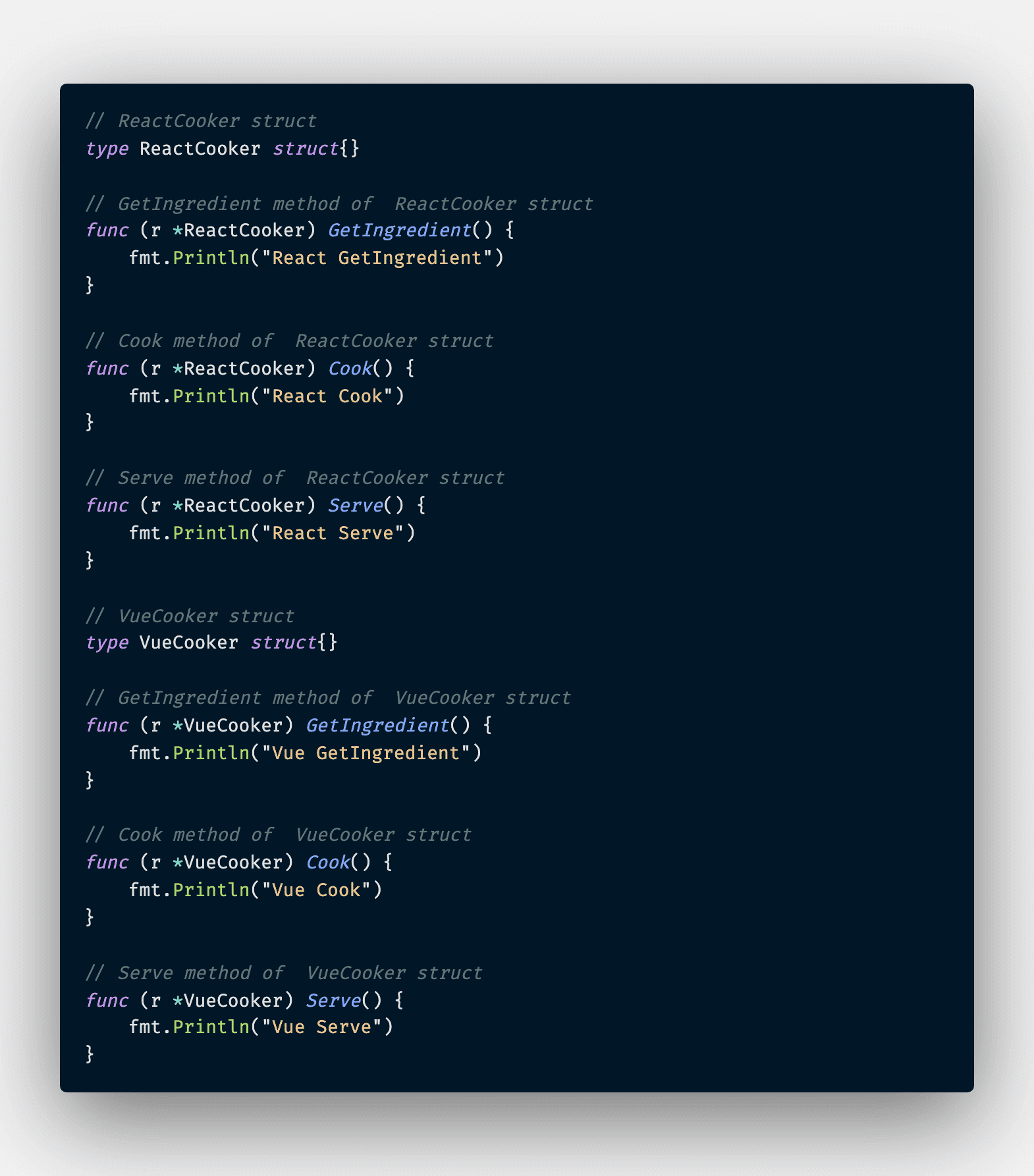 And there we have it - the complete implementation of Template Method Pattern in Go. The real world analogy would be two factors authentication either by sms or email. Both need to generate a unique code, just differ in sender method