Represent an operation to be performed on the elements of an object structure. Visitor lets you define a new operation without changing the classes of the elements on which it operates 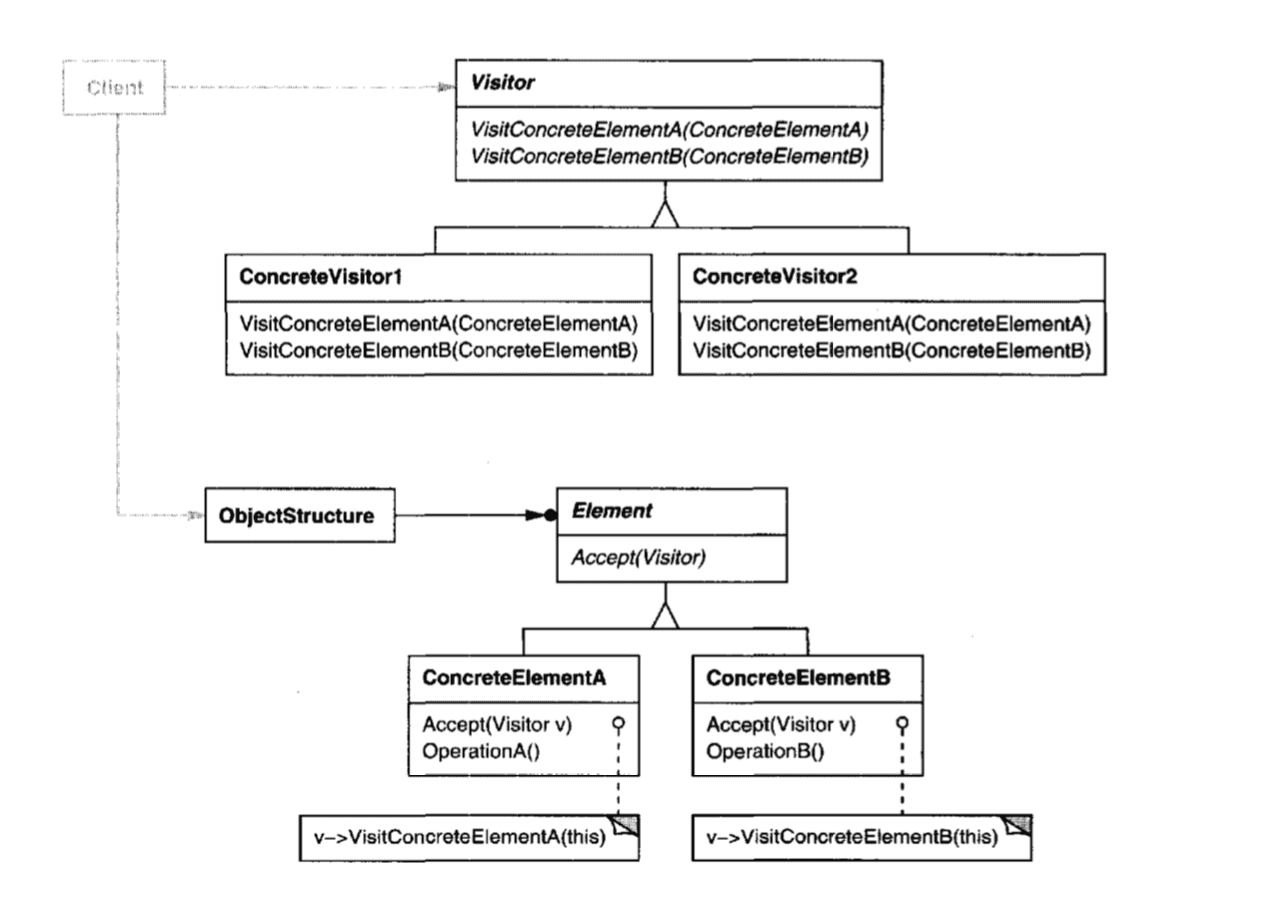 Let's put this pattern into practice. Imagine we have couple of platform so-called web and mobile. We would like to have a visitor to operate on these existing platform without couple anything. First, let's have a platform interface

Next, we would want to implement couple of concrete struct on this interface 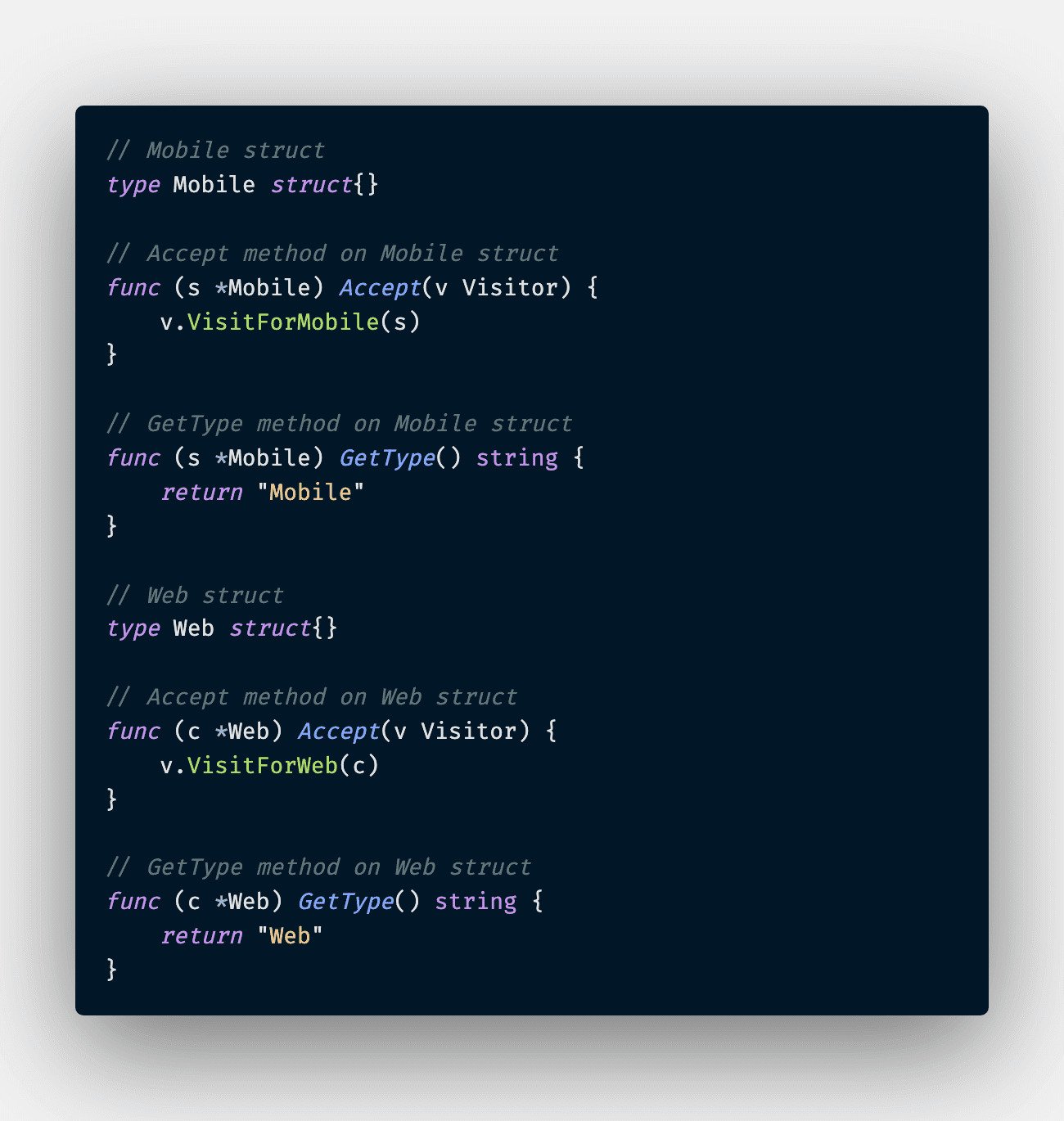 Then, we need a Visitor Interface 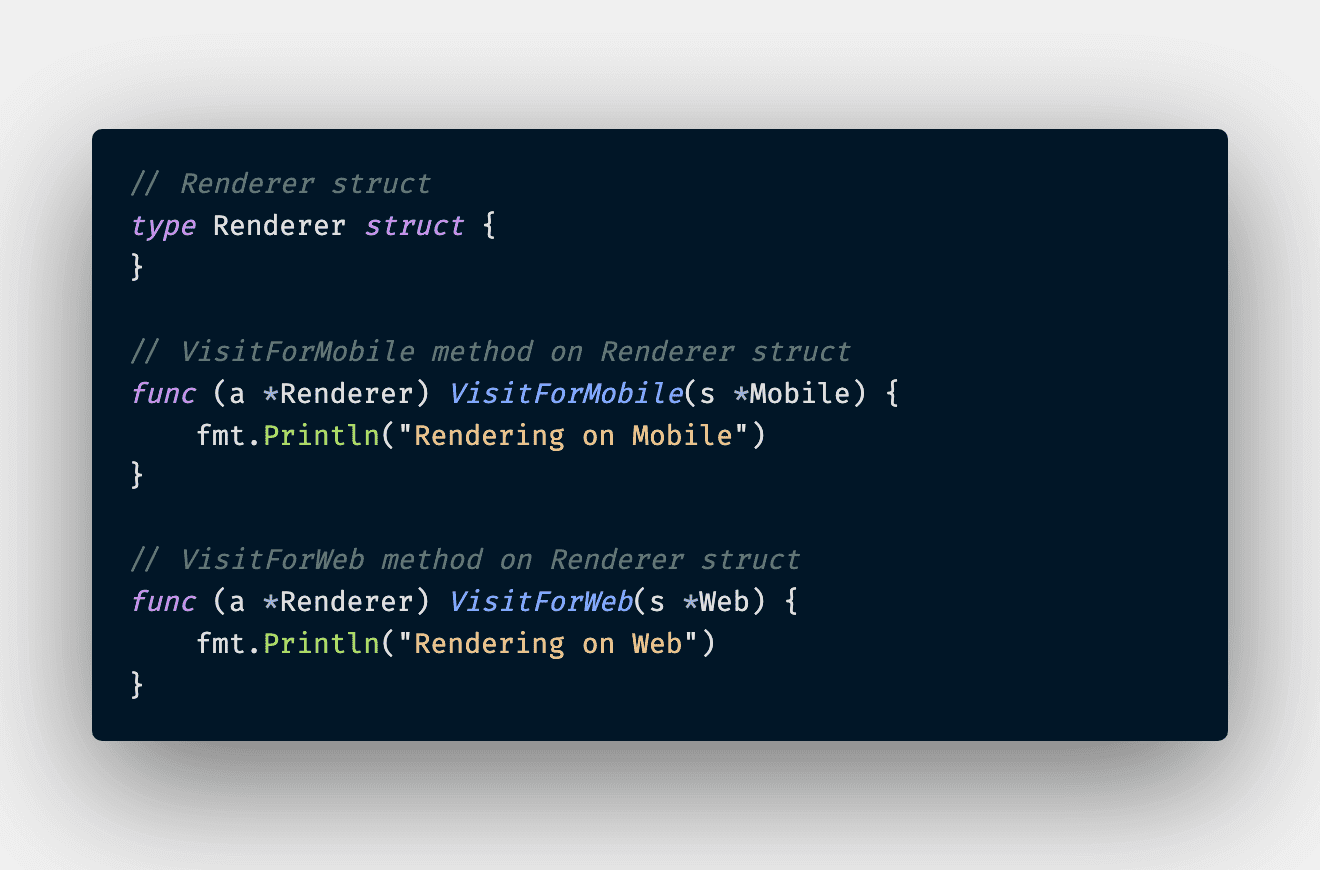 There we have it - the complete implementation of Visitor Pattern in Go. Typical example of this in real life would be how a insurance staff sell their product to different kind of people with various income 😜