Back in 2012, there was a little kid who wanted to explore the world. He found himself useless, without life purpose and almost committed suicide. He was luckily accepted to study at Haaga-Helia University of Applied Sciences. This is where he started knowing what he should become and begin his journey at strange country so-called Finland 🇫🇮 He wanted to become something new so bad, and he did everything he could to make that happens. He stopped using his own mother tongue other than calling his mom around once a week in the weekend. He was young, wet and stupid little kid who did not know what to do in this life. He could not even ask a question as simple as "Will we meet at eight?" to his foreigner friends. But there is one thing he always has in mind "Don't quit". No matter how hard life has struck him, he kept moving forward. He wanted a better life and stopping doing manual jobs such as sausage packer, paper boy or cleaner. He worked in the day and studied at night. He barely had a good sleep over years, so do his African co-workers. He is now a self-taught software engineer, life lover and kid hugger. This kid is me :)

Behind all that, there was a little story about belief between him and an inspirational man named Alexandre Kostov - my senior lecturer at university. I once a computer science student in HCM university of technology, I did quit since I could not handle all the stress they gave me at the university. I got no respect back then, Finland is the best when it comes to human right - nobody will mess with you even Mr vice president, period! I started my first degree as Tourism since I got no English skill and Tourism entrance exam was the only one which did not ask for my speaking skill. I self-taught myself to save my parent's money back then. I put myself in a little 10 square meters room back in 2010 for a year. I could listen, read, and write as per free online resources I could find. Nobody would correct me and correctness is my only assumption. Once I landed on Finnish soil, I had a really hard time communicating with foreigner due to my poor speaking skill. Fortunately, there is something called belief. I have two teachers that truly believe in me. The first one is Ivan Berazhny who is my English and communication skills teacher. He taught me many things about life and even spent time on helping me improving my thesis writing for graduation. The latter one is Alexandre Kostov who is my teacher on Amadeus course, he also rests in peace now... I was a nerd at university, I did nothing more than just studying and studying. I studied my ass off for something that I lied to myself that I belonged to - it's something called Tourism. I was really shy and talking to stranger was what I were really bad at. Over years, I realized that communication is as must-have in life. Ivan taught me how to communicate through his various beautiful lectures ❤️ I happened to be able to have access to a little room so-called Amadeus lab at Porvoo Campus. I never forget how it looks like. The blue and gray screen that I spent years to stare at 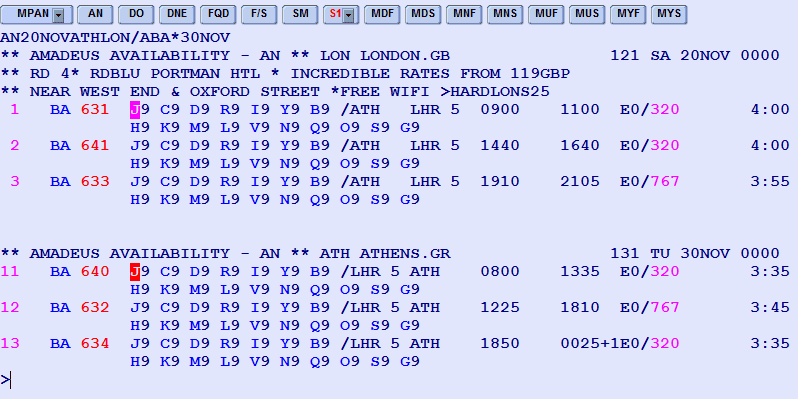 On one normal day, Alex came over me and pat on my shoulders. He was telling me his life story on how he traveled the world before ended up at Finland. That story was truly inspiring. I also started telling him my life story, I worked so hard simply to keep myself busy other than doing silly stuff and wasting my parents money - I had no goal in life. He was smiling at me and showing me how much he believed I could have a bright future. He opened up his browser and showed me couple of young successful fellers who have made a really successful online booking site namely dohop. At first, I was confused about what he said - how could a Tourism student can make it to software industry... But, there is one thing is crystal clear to me. No body has ever showed me trust the way he did before. That gave me strength to start my new journey as self-taught programmer. I did my very first programming course at CS50. I have tried programming since secondary school, high school and even in my first university. That kind of thing would never be able to enter my mind. That time was totally different, I felt like there was an invisible door just opened in my mind. Everything started to make sense to me, I started loving what programming can do this this world through different kind of solutions ranging from travel, e-commerce, education, et cetera. I never forgot the day I show my gracefulness to him and Alex to let them know about my current job as software engineer and how much I love life now 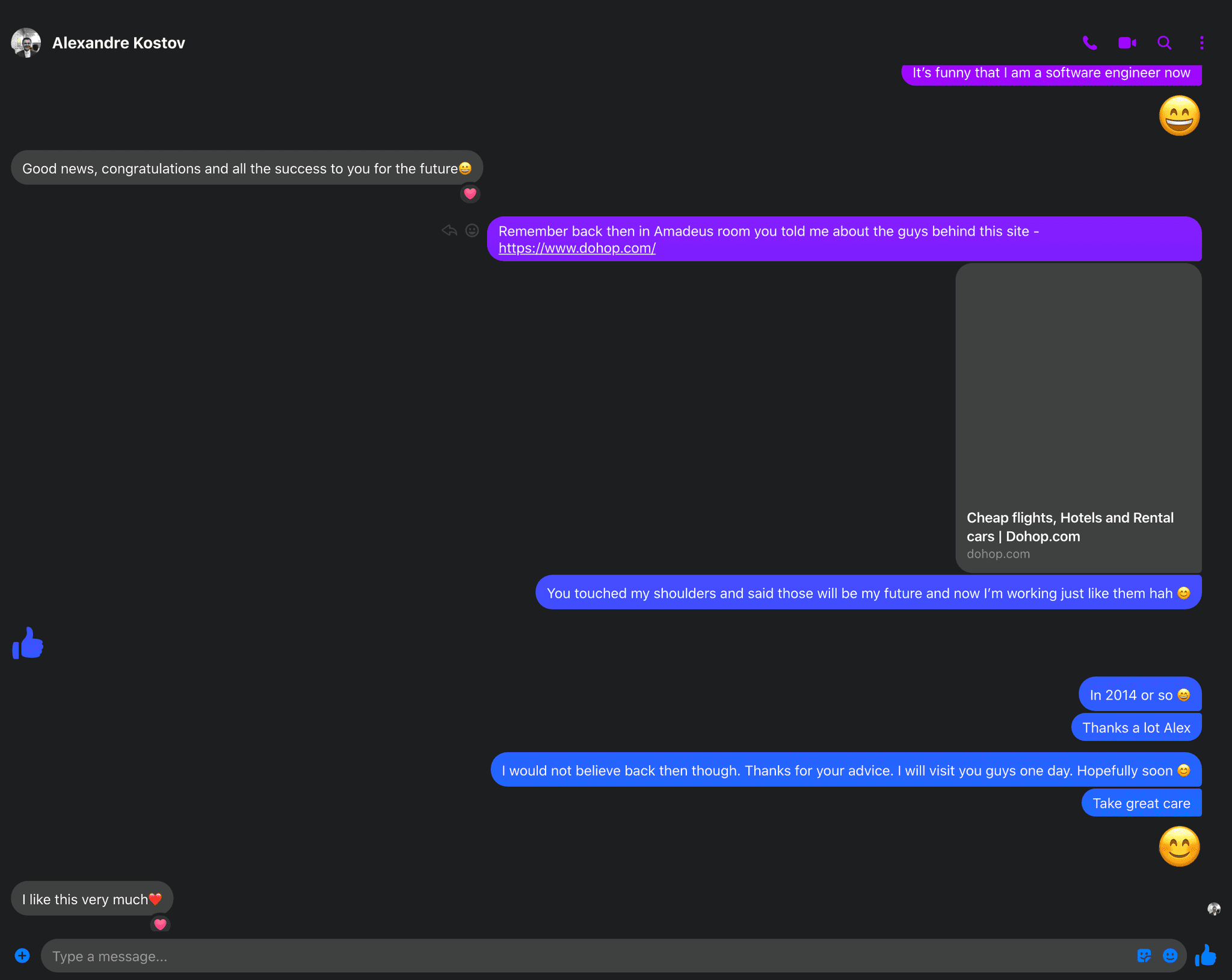 In 2015, I started my new journey in other countries. Before I got on the plane, I carved my name on a little island named Suomenlinna. I made a promise to myself and them that I will come back to visit them once I become successful. 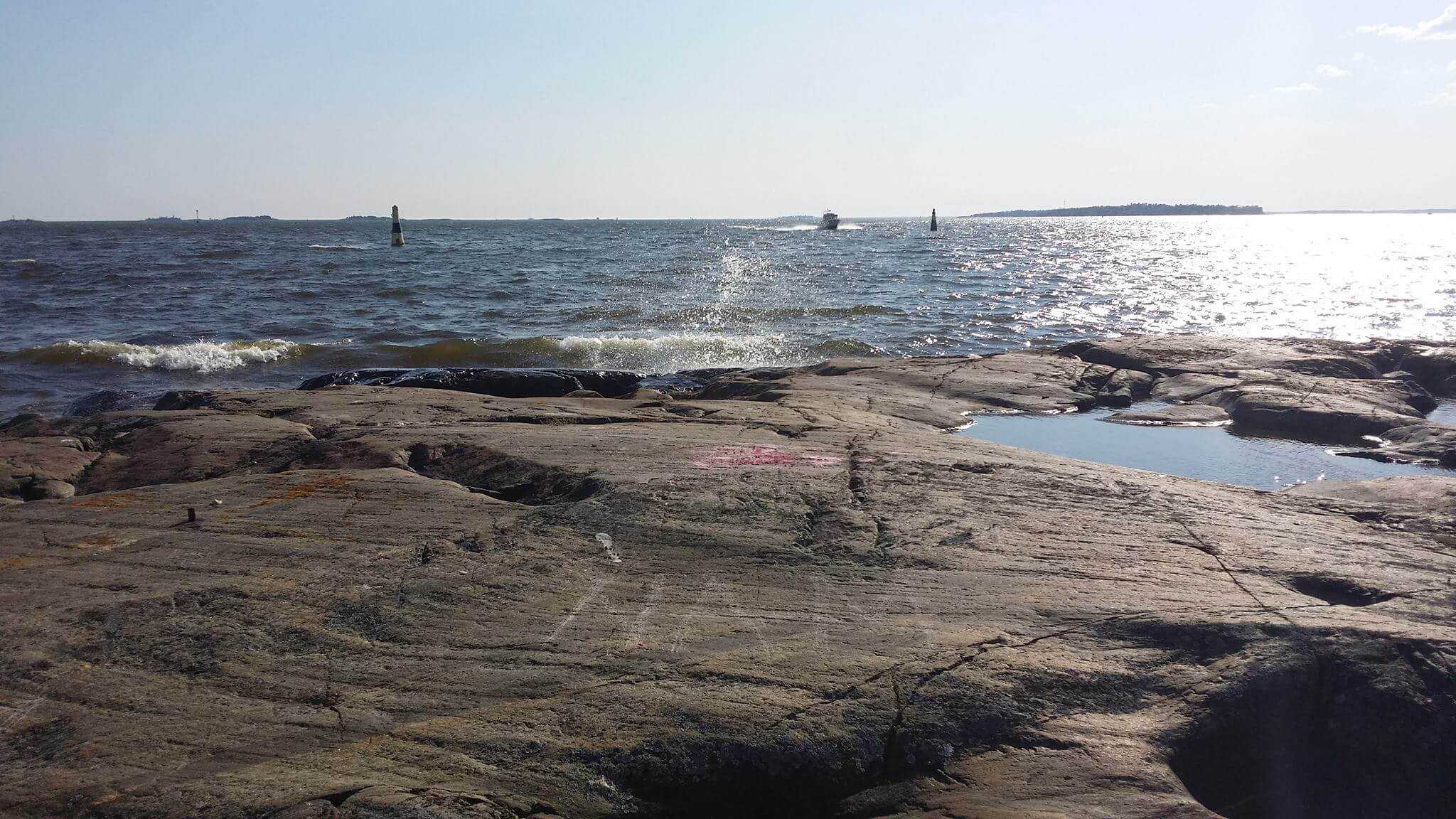 Having known that he is not there anymore. That could not be worse, it ruined my day. I was speechless when I heard about that... I have failed my promise, he is gone now. I have waken up many times in a room with a fear that one day my family won't be there for me. I was feeling that I was a silent warrior, been out there like a lone wolf with no purpose than just survive. As one by one have left me by death, it is like a wake-up call and letting me know that time is priceless - stop hating each other and start loving while we still can. I truly love my family even though there are things I could never change and bitterly accept it as it is. I wish to see the world happy :) 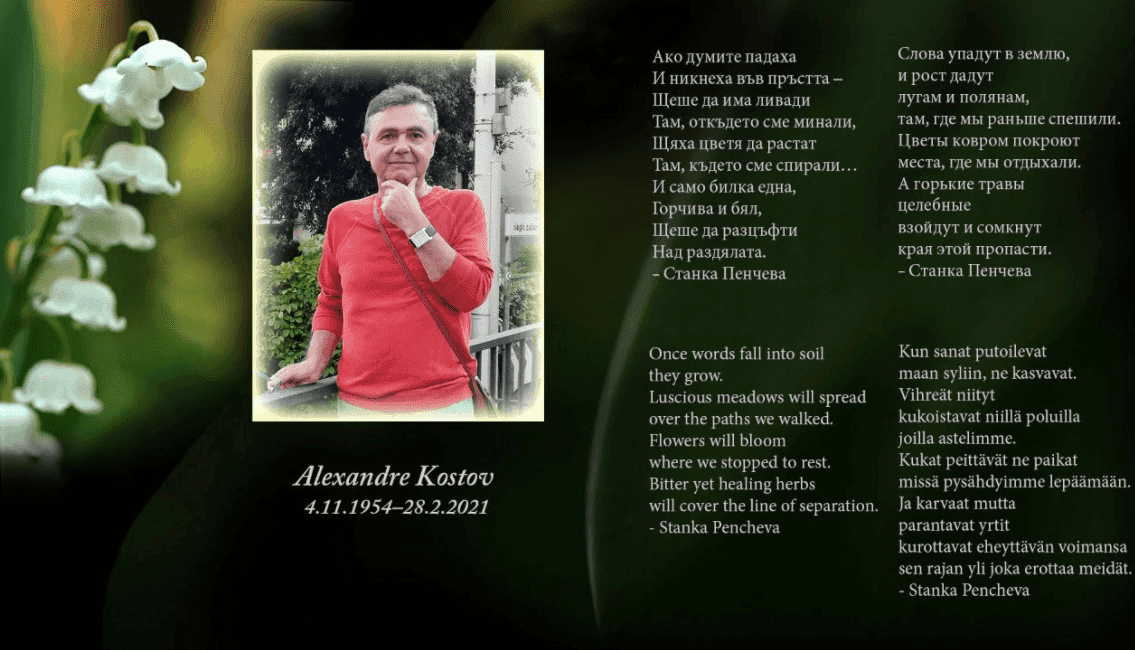