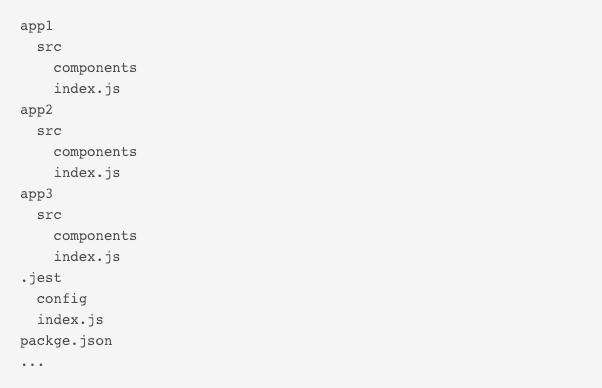 Sadly, this is how we structure our applications. Instead of having one application, we decided to group them all this way and import modules circularly which make things extremely hard to scale in term of productivity. The technical debt is so huge so that it will take a lot of effort to re-architect this kind of application. Later, I might write another series of blog posts on how we revamp our codebase structure at QUOINE. For now, let's focus on the forking CRA testing part.

In order to make Jest understand the current module mapping system at QUOINE. I have to modify the current configuration of Jest to map all absolute path to relative path since our front-end engineers did apply aliases in webpack's configuration. The new module resolvers are mapped as below: 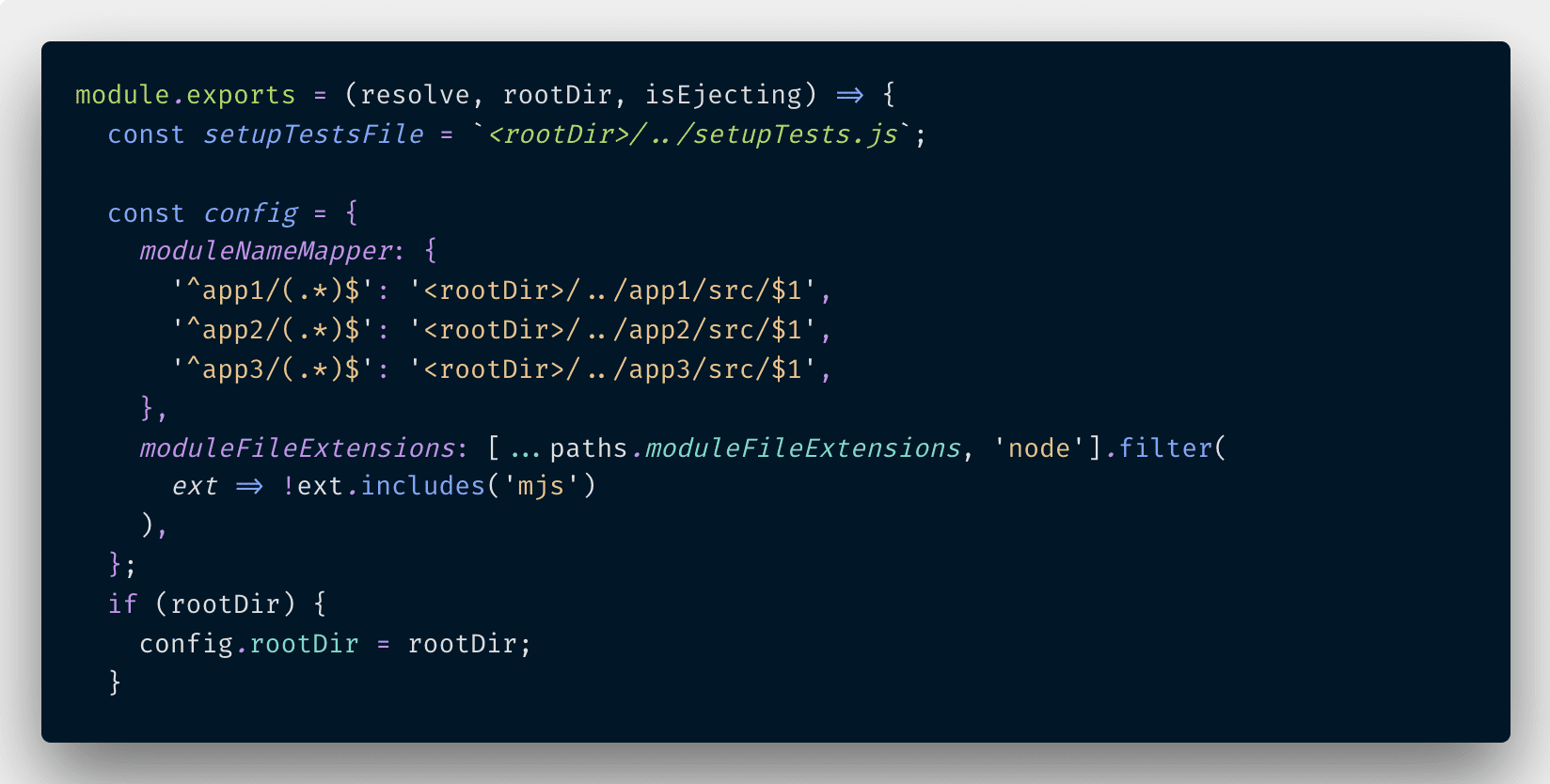 There is another key point to node here is that every application is hosted separately. Because of this, I have to modify the test script so that the package.json npm's script point to the right location of react-script test script.

Conclusion: With a few modifications in Jest's setup configuration. I am able to get back the original version of awesome Jest's test running in our application. The result is rewarding as our beloved Jest now only run on related files instead of executed every single test as showed below - 🎉 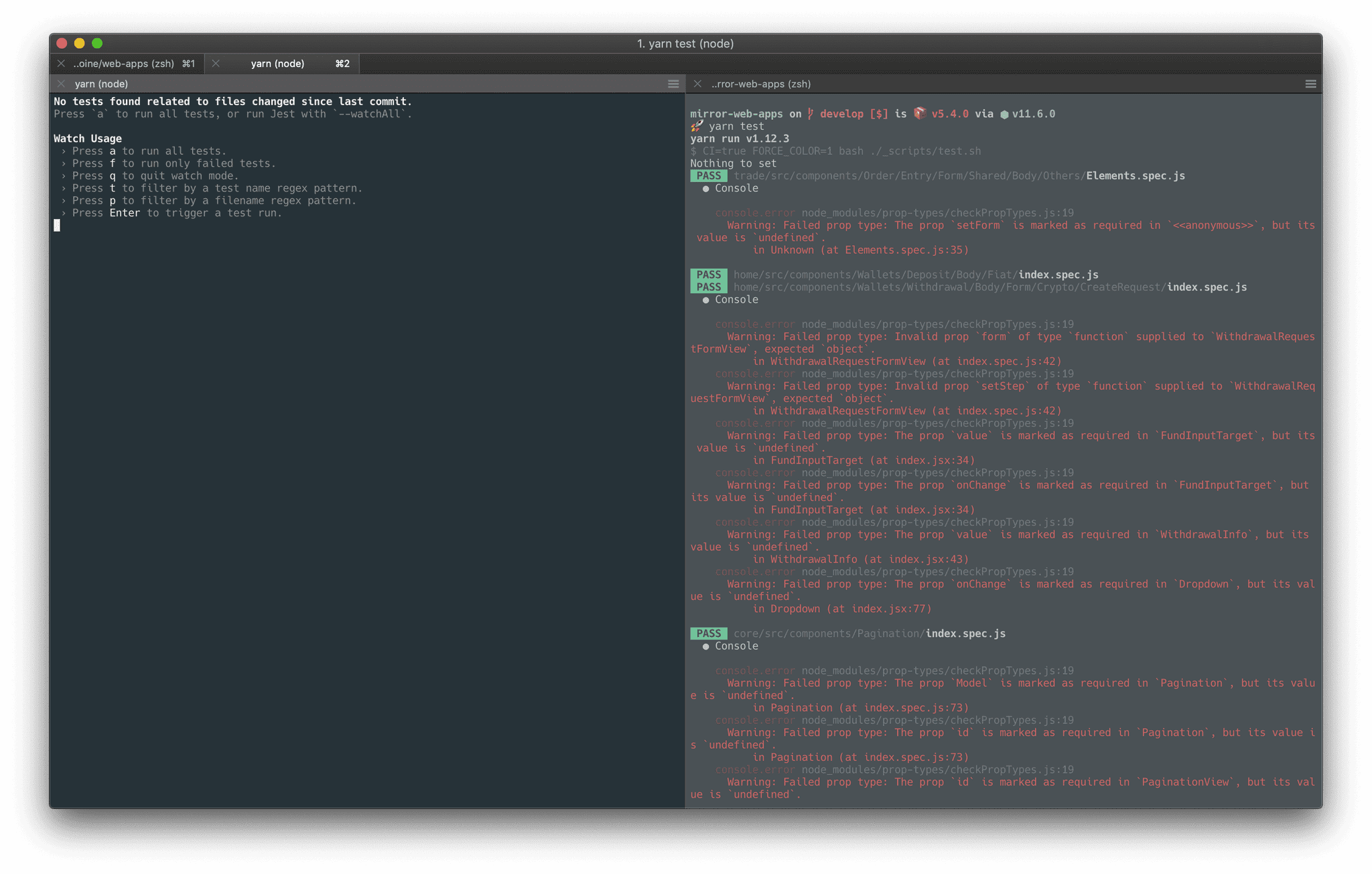